What an interesting week. We have Sony announcing two (or three) additions to the Playstation Studios stable, and we have this interesting nugget from Microsoft.

Observers pointed out a Kojima Productions Ludens statue chilling on Phil Spnecer’s shelf during his last few announcements. Little easter eggs like this has led to real world announcements, leading many to believe that a Kojima Studios announcement is in the works

Now we know Kojima Productions and Microsoft have signed a letter of intent. This legal mumbo jumbo implies that both companies have agreed to a deal. In the meantime, lawyers on both sides cross “t’s”, dot “i’s” and bill their respective clients ridiculous fees. As we know, lawyers are blood sucking motherfuckers who nickel and dime you down to the second. But I digress.

Meanwhile, Sony fans are losing their shit. Someone created an actual petition on Change.org demanding that the yet announced game be cancelled.

People have to chill the fuck out. Are you going to tell me that Death Stranding was a good game? Kojima hasn’t put out a brilliant game since Metal Gear Solid V: The Phantom Pain and that was in 2015.

Hopefully, Hideo Kojima can capture some of that Metal Gear magic again.

Hideo Kojima will be appearing at the Koelnmesse for Gamescom 2019 to show off new footage of Death Stranding.

Things slow down in August on the gaming front, so at least this is something to look forward to.

No doubt that Death Stranding is going to be interesting, if not batshit insane. As all Kojima games, you can expect high quality character designs to accompany the bizarre story premises. Case and point, the recently released ‘Heartman’ cutscene.

It’s officially the dog days of summer gaming and not a lot is going on. The sun is still actively trying to fucking kill you, ala Super Mario Bros. 3. so it’s best to stay inside.

At least we got some cool new box art to look at for Death Standing. You know, boxes that games come in, for those that still buy physical media, like a caveman, but instead of hunting woolly mammoths and collecting berries, they’re lugging home discs.

The box art was revealed at San Comic Con by Hideo Kojima during a Death Stranding panel. On the left, you have the standard edition and the right, a steelbook special edition.

Reedus looks filthy in the special edition. I sure hope that is mud, and not shit, but this is a Kojima games, so who knows.

Death Stranding is set for release on the PlayStation 4 on November 8.

Death Stranding is most likely going to be an amazing game. Hideo Kojima is both a certified genius and psychopath. I have never watched a trailer for a video game that both excited me and yet left me utterly confused. I have no fucking idea what this game is about and that’s okay.

Seriously, what the fuck is going on here? I’ve had fever dreams that made more sense than this.

Kojima is not holding back. The suits at Konami are no longer looking over his shoulder stifling his creativity. Sony has given him carte blanche to make an exclusive for the PS4 and Kojima is taking full advantage. I’m looking forward to playing this game baked and having my mind blown.

Also, if you have $200 burning a hole in your pocket, then you should totally get the Collector’s Edition which includes a life-size “bridge baby” pod. Totally looks like a pickled baby. If the neighbors see this thing, they’re calling the cops.

Death Stranding comes out exclusively for the PS4 on November 8.

My better half has gotten me addicted to HGTV. I can’t get enough of it. All I want to do now is watch The Fixer Upper, Property Brothers, Love It or List It, and what ever else is showing on the network. I don’t even care what show. The channel is always on, running in the background. I NEED AN INTERVENTION!

Open layout? You bet! Open layouts are the best. So airy.

Such class and sophistication. If this studio was on Love It or List, it would be a resounding “Love It!”

PLEASE, SEND HELP! I HAVE HGTV IN THE BRAIN.

We should thank our lucky stars that Hideo Kojima was able to make Metal Gear Solid V: The Phantom Pain the game that it is. Kojima apparently created this game under conditions that are even more adverse than the gaming community realized.

According to Geoff Keighley, who was interviewed by Glixel, the situation that Kojima found himself during his final six months was toxic.

“I haven’t talked much about that, but it was such a difficult time because he was going through a lot last year,” Keighley says. He was shocked when he found out – just days before the show – that Konami wasn’t going to allow Kojima to attend, and he felt he had to say something, despite the company being a sponsor. “The fact that he finished that game under those circumstances is just amazing. He was locked in a separate room on a different floor than his development team for the final six months of development. He couldn’t even talk to them – he had to talk through someone else. That’s how that game was finished.”

It truly is amazing that this game was as good as it, being that it was completed under such conditions. In the past, I thought that Hideo Kojima was overrated as a game maker. I don’t feel like that anymore.

Now, just imagine what he’s going to be able to accomplish with Death Stranding under optimum conditions.

A lot of exciting stuff at The Game Awards 2016 last night. One of the biggest was a new trailer from Kojima Studios for Death Stranding.

First off, last night at The Game Awards seemed to be a cathartic closing of the door on Konami for Kojima and company. Kojima finally got his video game award, after being blocked from receiving one last year from is former employer.

After receiving his award, Hideo Kojima had a gift for us.

Everything about this trailer is insane. Guillermo del Toro is holding a winking baby in a glass jar. Mads Mikkelsen looks creepy with black stuff coming out of his eyes. Everything is bizarre and totally bonkers and I love every bit of it.

Death Stranding is described as an open-world action game and is the first title from Kojima Productions. 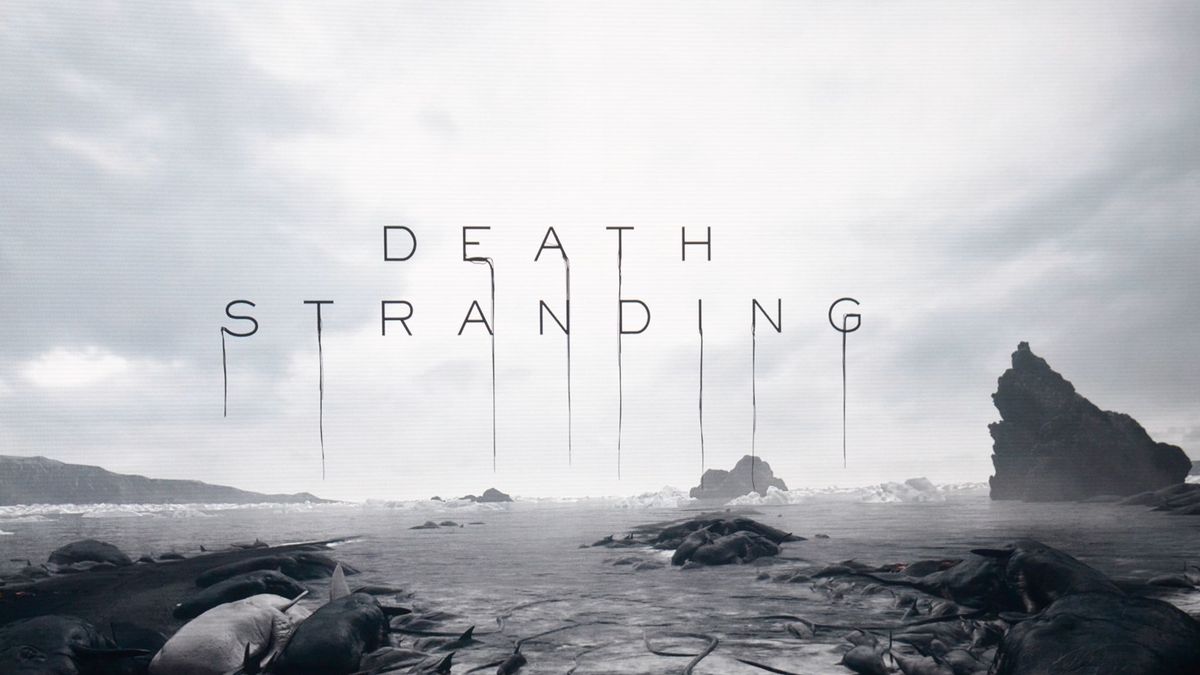 Perhaps we’re going to find out what the hell is going on that beach with all the dead marine life, nude Norman Reedus, and that baby, but I wouldn’t count on it.

Hideo Kojima, via Kojima Productions has announced on Twitter that his studio will be hosting one of the unannounced mystery panels at the PlayStation Experience 2016 in Anaheim.

Get ready for the #PSX16 this Saturday… Special panel and autograph session with @HIDEO_KOJIMA_EN incoming! https://t.co/fmhqjIFud0 pic.twitter.com/t6AjaatoeE

WHAT’S UP WITH THE BABY? PLEASE I NEED TO KNOW!