A prominent Nintendo leaker has divulged to a Reddit moderator that a simple message that indicates Metroid Prime may be in the works.

The message from Fun_Way_6592 was sent to a moderator on the ‘GamingLeaksAndRumors’ subreddit, stating, ‘do you think everyone is primed and ready?’ Past cryptic messages from Fun_Way_6592 have turned out to be true or at least, precursors to announcements.

Could mean that a new Metroid Prime is coming? Perhaps a remaster of the existing games? Who knows.

Europeans and Japanese gamers will soon have access to free games from Nintendo, with some caveats.

The program is called ‘Game Trials,’ and Nintendo Switch Online Subscribers in the EU will be able to play Mario Tennis Aces free, for a short time. Japanese subscribers will have access to Captain Toad: Treasure Tracker.

The program runs from August 7 to August 13 in the EU. Unlike similar programs from Sony and Microsoft, subscribers cannot keep the game after the program ends. However, if participants decide to purchase the game during the trial period, they’ll get 33% discount.

No news on what games will be part of this program in the U.S.

Actually no black magic is being used, but how cool would it be if CD Projekt Red and port devs Saber Interactive pulled off some David Lo Pan shit and fit a massive action RPG like The Witcher 3 on a tiny Switch cart?

As a Switch owner myself, I kind of expect to have to download a massive patch to make a title playable after buy a physical copy of a game. It’s one of the reasons why I said, “fuck it” and bought large SD card and just downloaded all my games like I do on Xbox One and PS4.

However, turns out that the patches are necessary because publishers are cheap bastards. SURPRISE!

To get back on point, for The Witcher III, CD Projekt Red and Saber Interactive are putting the game on 32GB cart instead of the more standard, and cheaper 16GB card 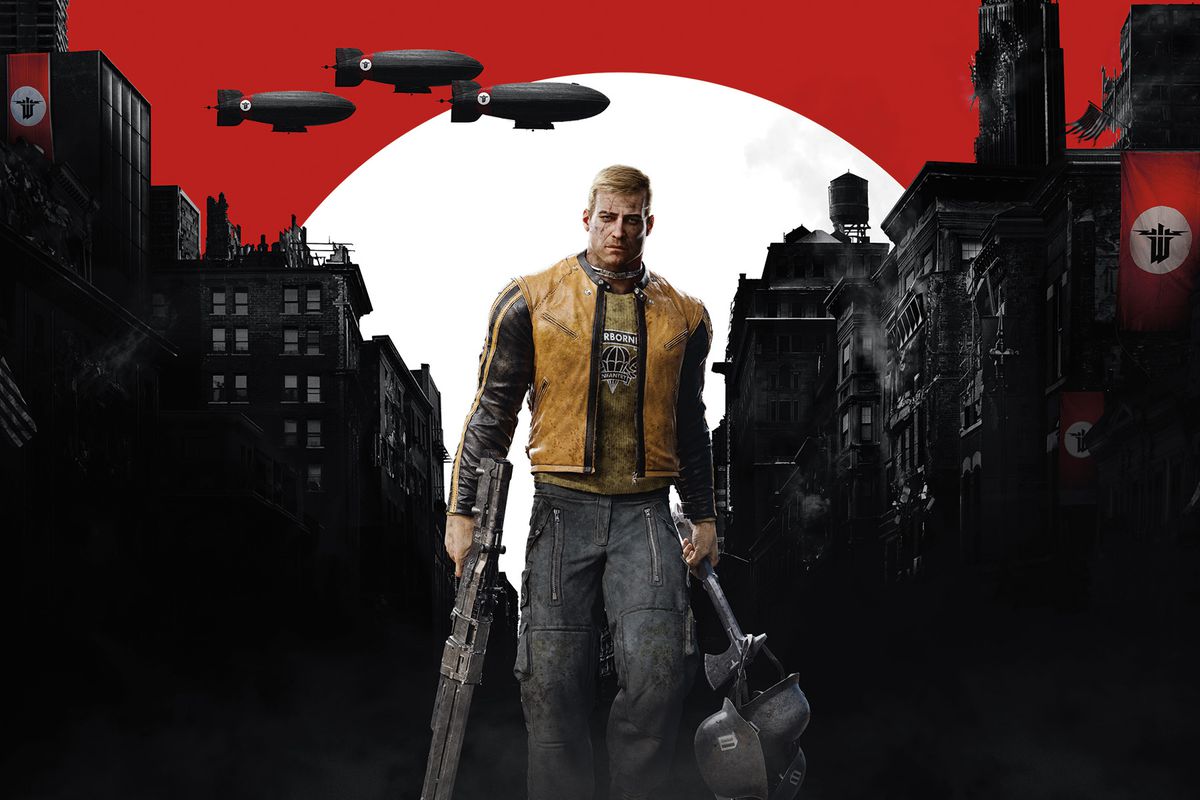 You know what wasn’t terrible?  The Nintendo Switch version of Doom, a game that has no business being on Nintendo’s family friendly console, but I’m glad its there none-the-less. It’s not as polished as the PS4, Xbox One, or PC versions, but who cares? It looks good enough and plays well.

Well, publisher Bethesda, who released Doom on the Switch last fall is hoping that a port of Wolfenstein II: The New Colossus, well get people excited for the title again.

Wolfenstein II: The New Colossus is scheduled for launch on the Switch June 29.

A new Nintendo Direct is set for tomorrow.

Nintendo Direct is coming soon! Join us for a global presentation on upcoming Nintendo Switch and Nintendo 3DS games, including new details on Mario Tennis Aces.

Check back here on Thursday March 8th at 10 p.m. (UK time) to watch the broadcast live!

#NintendoDirect is coming! Tune in on March 8th at 23:00 CET for half an hour of information about upcoming #NintendoSwitch and Nintendo #3DS games, including new details on #MarioTennis Aces.

We live in a world of iterative consoles now, rather than defined console “generations.”

We’ve had the Xbox One, Xbox One S, and the Xbox One X. There’s the PS4 and the PS4 Pro. Nintendo has even partaken in this strategy as well, with the 3DS and the New 3DS.

None of this is new or surprising. So if one was to say that Nintendo may have a new Switch 2.0 in the works, one with a better or bigger screen, slightly more powerful or efficient CPU, more internal memory, I wouldn’t be surprised.

However, according to “mysterious” sources at the Wall Street Journal, Nintendo is not interested in “Switch 2.0.”

According to the WSJ:

“The people familiar said expanded Switch features in the coming year could also include additional network-related features and peripherals to be attached to its USB Type-C port. At an investor briefing in February, Mr. Kimishima, the Nintendo CEO, said he wanted to make the Switch’s product cycle longer than the five-to-six-year span that’s become customary in the videogame console industry. One person familiar with development plans said waiting longer to introduce variations in the hardware would serve that purpose.”

So, it’s not that there will never be Switch 2.0, but rather Nintendo kind of likes it around here and has no plans for an immediate successor. Having a wildly successful console that is making you huge profits will do that.

The Nintendo Switch online service, which was originally supposed to launch in 2017 now has an official launch target of September 2018

The premium monthly subscription service, will cost $4 per month, $8 for a three-month subscription, or $20 for a year. Currently, playing online is free, but after September, logging in to play Splatoon 2 competitively will become a premium feature.

Of, course, Nintendo is sweetening the pot. Switch Online subscribers will also get access to a classic Nintendo library of games with additional online features and can play a free classic game of Nintendo’s choosing every month.

To say that the Nintendo Switch is a success would be a huge understatement. I will say it anyway, things are going very well for Nintendo and the Switch is the main reason.

According to Nintendo’s latest earnings statement, they have beaten their initial earning forecast of 407.86 billion yen and actually hit 482.97 billion yen ($4.44 billion) for the last three months ending last December 2017.

Demand for the Switch is also so high that Nintendo has increased sales projections from 14 million to 15 million units. The cherry on top of all of this is that Nintendo’s operating profit also jumped 261% year-on-year, according to a report from CNBC.

Below is a statement from Nintendo highlighting the success of the past nine months.

Nintendo 3DS hardware sales did not weaken after the launch of Nintendo Switch. In fact, sales grew during the holiday season in the US. Sales volume was firm in other regions as well, with the total reaching 5.86 million units (9% decrease on a year-on-year basis). For the Nintendo 3DS software, sales of Pokémon Ultra Sun and Pokémon Ultra Moon, released in November, have grown to 7.17 million units, but overall software sales declined to 31.25 million units (33% decrease on a year-on-year basis).

In our smart-device business, consumers not only continued to enjoy Super Mario Run and Fire Emblem Heroes, which became available for download during the previous fiscal year, but also had fun with Animal Crossing: Pocket Camp, released globally during October and November. Smart devices and IP related income were up to 29.1 billion yen (172% increase on a year-on-year basis).”

Seems like Nintendo has found themselves currently in a position where they can do no wrong.

All the sources reporting the issues are from the press, who received Nintendo Switch consoles early for preview purposes. The main complaint is that one of the Joy-Cons de-syncs while in the middle of the game.

I agree, with Jason Schreier of Kotaku. Nintendo is going to have a huge issue on their hands if this cannot be fixed with a firmware update. Every new console has a day one patch, right? Why should the Nintendo Switch be any different.

That’s why momma always says to wait a bit before picking up new hardware. To make sure all the bugs get worked out.

It looks like it didn’t take long for a Nintendo Switch teardown to make it on the web. Via Chinese site tieba.baidu.com, we have a first glimpse of the Switch’s guts.

I’m not going to pretend that I know exactly what any of these components actually do, but the general consensus online is that this teardown proves that the technology used in the Nintendo Switch is a Maxwell based GPU and not the newer ‘Pascal’ variant from NVIDIA.