Oh, hi there. It’s been awhile again. Been busy with my actual job and adult stuff. I actually got a promotion recently, and with it a whole caboodle of additional responsibilities. I actually have a fancy title with direct reports now, which let’s face it, is a terrifying prospect. The fact that the upper management at my company thinks that I should be providing mentorship and career advice to anyone has me questioning their decision-making skills. With that said, I’m still gaming AND writing when I can.  Hopefully, you’ll enjoy my latest:

There is an old saying that goes, be careful what you wish for, because one day, it may come true. Older people would use this phrase as a response to me pining for something as child would always provide the most utterly ridiculous examples of why I should be “careful for what I wish for.”

I immediately think back to the movie Home Alone, where a young Macaulay Culkin wishes for his family to disappear and in turn, they forget to take him on vacation to Paris, leaving home to fend for himself during the holidays.

At first, he’s ecstatic, because he can do whatever he wants, but he soon learns that he misses and loves his family. This came after he tortures and nearly murders two burglars while narrowly avoiding being murdered by them. Really gets me into the Christmas Spirit.

I remember teachers using this movie as example of being careful of what you wish for, and me thinking to myself, well that is a pretty outlandish. What are the chances that simply wishing to have some alone time leads to assaulting Joe Pesci via blow torch?

It wasn’t until years later in a philosophy class that I took in college that I learned of the “slippery slope.” Unfortunately, I forgot after years of drinking and abusing my brain and body in various illicit ways.  So, a quick Google search and voila!

“A slippery slope argument, in logic, critical thinking, political rhetoric, and caselaw, is a consequentialist logical device in which a party asserts that a relatively small first step leads to a chain of related events culminating in some significant effect. The core of the slippery slope argument is that a specific decision under debate is likely to result in unintended consequences. The strength of such an argument depends on the warrant, i.e. whether or not one can demonstrate a process that leads to the significant effect. This type of argument is sometimes used as a form of fear mongering, in which the probable consequences of a given action are exaggerated in an attempt to scare the audience. The fallacious sense of “slippery slope” is often used synonymously with continuum fallacy, in that it ignores the possibility of middle ground and assumes a discrete transition from category A to category B. In a non-fallacious sense, including use as a legal principle, a middle-ground possibility is acknowledged, and reasoning is provided for the likelihood of the predicted outcome.”

See! It is amazing that after years of playing football before the invention of concussion protocols, combining Whippets with bong hits, and drinking copious amounts of cheap alcohol – and yet, everything turned out okay. Thank you internet and thank you Wikipedia!

However, can there possibly be a grain of truth to all of this? I have learned that you should indeed be careful of what you wish for. Hear me out on this.

When I was in my early teens, back in the greatest decade, known as the 1990’s, my parents and especially my father would ask me when and I’m going to give up playing with these “toys?” The “toys” he was referring to, were video games.

“Never,” would be my reply. “Gaming is the way of the future and I will never stop. You’ll see, one day, video games will be more popular than everything.” I was a smart kid if I do say so myself, and is it turns out, I was right.  Video games did indeed become insanely popular and mainstream. I am vindicated. So why do I wish gaming was a more niche and less mainstream now?

Kids find out that I am a gamer and they want to play with me like I’m a novelty. Let’s play with the old man they squeal gleefully, like I’m a dancing monkey or a horse that knows how to do math by tapping its hoof. I don’t like this. I’m not a freak. I’M NOT AN ANIMAL! 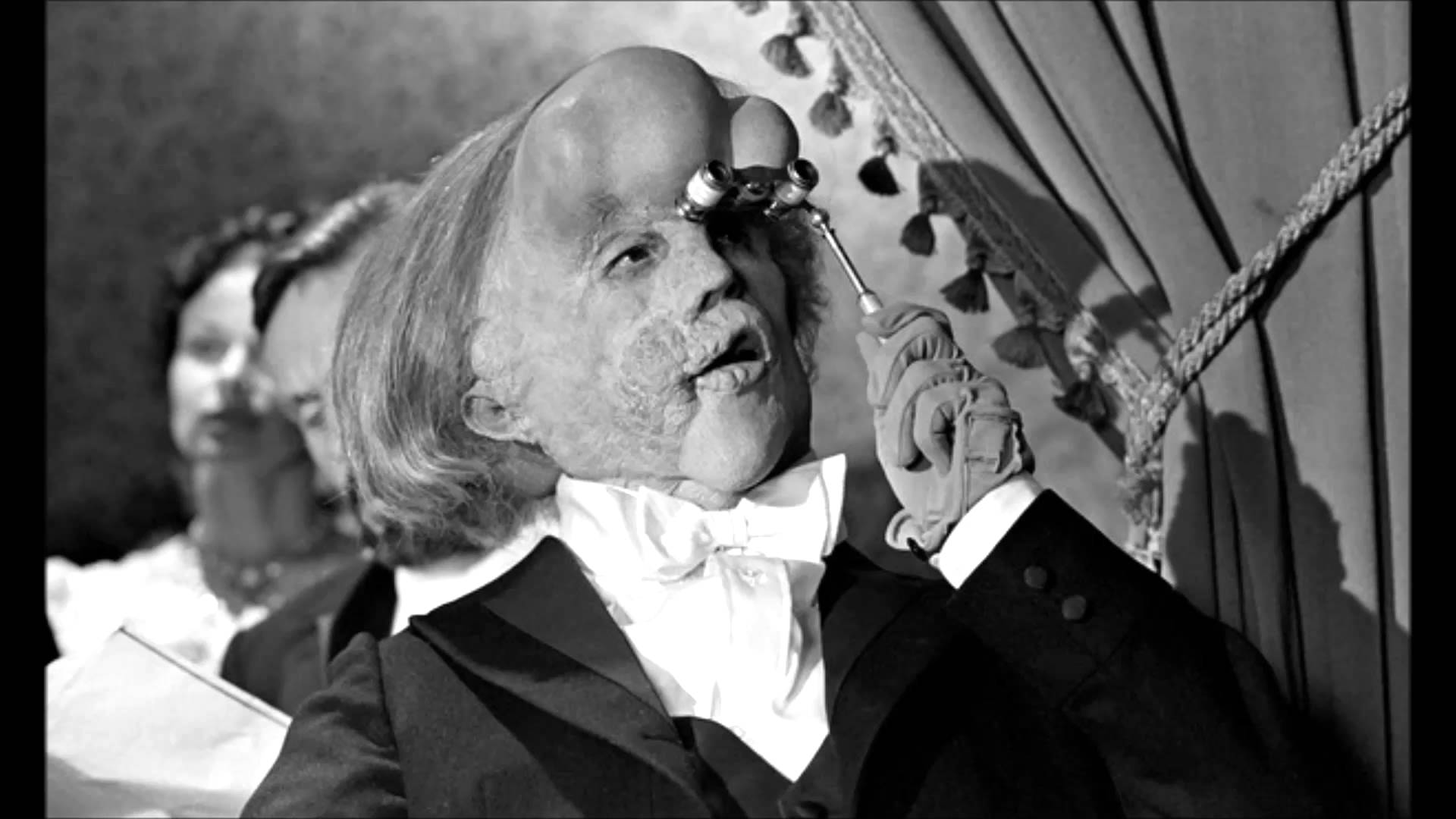 It doesn’t stop there either. Other, non-gaming parents want to know what is good for their kids. I’ll get accosted at functions and get asked questions like, “Hey, you play video games, what’s the deal with Fortnight, Overwatch, or whatever new gaming craze of the moment?” To which my reply is, “I don’t know, I don’t play those types of games,” to which many times, is a lie. I just don’t want to discuss games with a non-gamer and also, they should fucking Google it. I’m not trying to be a jerk but discussing video games with someone who is not interested in gaming and solely asking for their kids is mind numbing and negatively impacts my buzz.

Even scarier than acquittances asking about gaming is the out of the blue stranger wanting to pick my brain about gaming. I travel a lot for work and always brought along a handheld or even more recently, my Nintendo Switch, the sight of which, earlier on, nearer to the console’s launch, would illicit a few questions on the device.

It’s for these reasons that I avoid gaming related small talk with all strangers. I used to avoid telling people that I was a gamer because I wanted to avoid the negative stereotypes and connotation, on how gaming was anti-social, or for nerds, or for children, or too violent, or made children too violent. Now I avoid gaming related chit chat because I don’t want to get dragged into boring conversation.

Now there is an even a more troubling issue. I have found that other adults want to know if I can help onboard them into gaming again as they haven’t played in years but want to start up because gaming is popular again. Case and point, my neighbor swung by the house the other day to pick up his daughter, who was on a play date with my daughter and noticed a copy of Game Informer (yes, I’m a dope) on the shelf.

He apparently turned to my wife and was surprised to find out that I was a gamer, as I didn’t seem like someone who played video games. He mentioned that he used to be a gamer himself, but fell out of it, but perhaps he would pick it up again, with my help. My wife thought this was quaint, while I thought that this idea was terrifying. I’m not trying to be an ass, but the last thing I want to do is to teach another grown man how to be a gamer. I’m too old to be someone’s video game mentor.

Lastly, I’m reluctant to become friends with other adult gamers, who want me to join up in their leagues or gamer groups. This happens a lot at work actually, where a random co-worker finds out that I am a gamer and then wants my Gamertag so that we can meet up online later. However, I avoid this at all costs for purely selfish and paranoid reasons. Selfish reasons in that I don’t want to give up my free time to play with someone new as I am pretty set in my ways. I don’t want to alter my schedule or the types of games that I enjoy to play with someone new.

Also, what if I ditch work one day to play video games and my coworker sees me online for 8 hours when I told everyone that I contracted dengue fever? That can lead to bad optics and uncomfortable conversations with HR.

It’s funny that I have gotten to this point. I wanted to so bad for gaming to become mainstream, and now that it is, I don’t want to embrace it, because I’ve become a tired old man. I almost yearn for the days where gaming was more niche, but I realize that is very selfish. So now I prefer to shut myself in my man cave and play inconspicuously with my small group of friends or randos, rarely revealing my true identity of a gamer. Unless I get pushed, by a young whippersnapper, then I have to beat him down. Never underestimate the old man gamer.