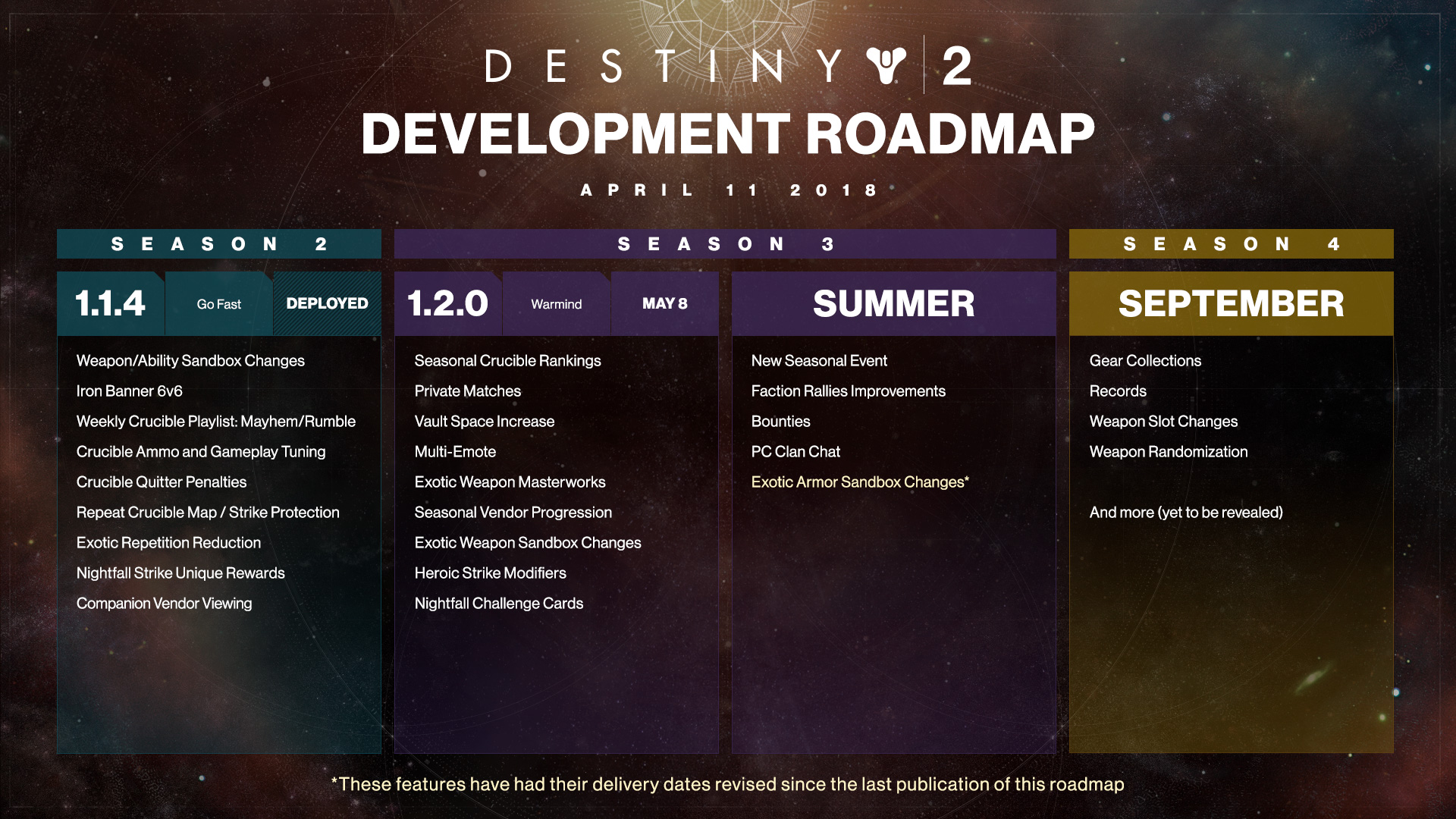 I have taken a bit of a break from Destiny 2. The game is tedious, repetitious, feels broken at times, and once I finally hit Level 335, I put it down to play Far Cry 5 and eventually God of War. And yet, I long for an opportunity to go back and play more Destiny 2. The game is like a malicious siren, calling me to the rocks and my demise.

Okay, that is a bit melodramatic, but Bungie has given me a reason to go back soon by announcing some details of the up coming expansion, which should really be a surprise to no one.

On the Bungie.net blog, the developer lays out the details of what gamers can expect as well as dates.

The community has been talking a lot about some of the things we’re developing for Season Four. Our goals for these features are to give you more control over how you configure your loadouts in Destiny 2 and give you more reasons to play the game over time. We also want to bring back those exciting moments when you acquire the perfect weapon. To make this happen, updates like Weapon Randomization, Weapon Slot Changes, Gear Collections, and Records will be delivered to all players.
We now have a plan for Raid Prestige changes (including Raid Lairs) and will update where it will land in the next Development Roadmap. Mod Changes are being incorporated into our new plan for Weapon Randomization.
On May 8, with the beginning of Season Three, we’re also launching the second expansion to Destiny 2. It’s called Warmind, and it will send you to new places to meet new heroes and battle new enemies. You’ll earn new loot and master new activities. Today, we’re naming it and dating it. You’ll learn more in a reveal stream on April 24. Mark your calendars and follow us on Twitch.

Good to see that they are working on fixing the gear randomization, since on my quest to 335 the drops appeared to be anything but random.