Last year, around this time, I posted a blog about five creepy places that would make great settings in video games. That post got front-paged, so like a savvy Hollywood producer, I went back to the well and created a sequel.  Enjoy! 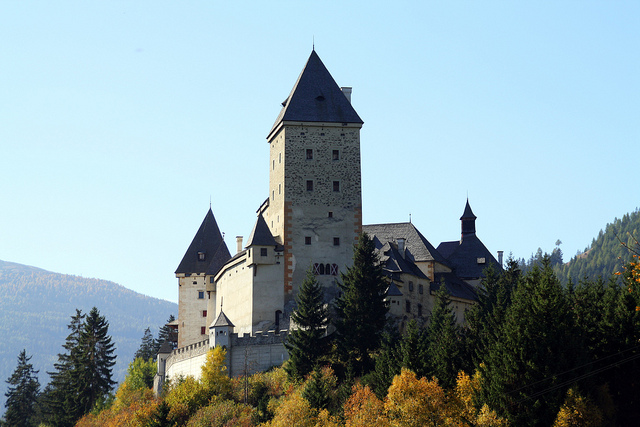 Moosham is a silly name and it’s not scary at all, but that’s okay, because this stately castle also goes by another name. The Witch Castle. The only way to make that sound even more creepy and foreboding is to say it in German, a language that’s perfectly suited for unsettling people. So go ahead and say it out loud Hexe Schloss.

Starting in 1680, the castle was the site of witch trials.  Back then, if the accused just didn’t confess to being a witch outright, you can go ahead and torture a confession out of them.  Go ahead and weigh the accused down with some rocks and toss her in a lake. If the accused survives the attempted drowning, then she’s a witch and you can burn her alive with confidence. If she drowns, then she’s innocent, but it’s totally okay, because now she’s in heaven with Jesus. EVERYBODY WINS!

I’m just kidding, the accused weren’t drowned, they were beheaded. So now, there are a bunch of pissed off headless ghost women roaming the property, who may or may not be witches.

It doesn’t stop there though. In the 1800’s large numbers of eviscerated deer and cattle were found near castle grounds. This was obviously the work of a werewolf. The villagers followed up by doing what they did best. They rounded up a bunch of dudes and tortured confessions out of them before beheading them. Now there’s a bunch of pissed off headless dudes roaming the castle who may or may not be werewolves.

Moosham Castle would be a great stage in the Wolfenstein series. Let’s assume the Nazis resurrected the witches and werewolves through satanic rituals and BJ Blaskowitz needs to send them back to hell with bullets and face punches.

Canada? There nothing scary about Canada? They have Mounties, Tim Hortons, and nationalized healthcare. Also, Randy Quaid came back to America, so Canada now has one less crazy person to worry about.

The Banff Springs, situated in the picturesque Canadian Rockies would be a pretty nice place to stay, if it wasn’t ridiculously haunted.

The Banff Springs has covered all off the haunted hotel requisites. It has one room that is more haunted than the others, where an entire family was brutally murdered. It has a ghost bride, who tripped on her own wedding dress while walking down the stairs, causing her to fall and break her neck. It even has a mischievous ghost bellhop.

What makes the Banff Springs unique is the supposed “secret room.” The first iteration of the Banff Springs was a wooden structure that burned down 1926. The hotel was quickly rebuilt into the castle like structure that we know today. However, when the charred remains of the original building were surveyed, a secret room was discovered that had no door, window, or entry point of any kind. Many speculate that this was a simple error from the original builders.

Creepily enough, workers of the hotel have been claiming for years that they hear weird noises and see apparitions in the hotel near the exact location where secret room once existed. So obviously, this secret room was a portal to hell that was opened when the first Banff Springs burned down. SCIENCE!

I think the Banff Springs would be perfect for a Fatal Frame game. I would have the main characters play out the entire game from the get go in their underwear. I WILL NOT BE CENSORED!

I have never been to Paris. I’ve been to Vienna, which I’ve been told is like Paris, but better, as there are no Parisians. Visiting Paris is on my bucket list and when I do go, checking out the catacombs will be on my checklist.

In the 18th century, cemeteries in and around Paris were severely overcrowded. A plan was put in place to remove tens of thousands of bodies and re-inter them in the abandoned and haphazard limestone tunnel mines.  It was an elegant solution that killed to birds with one stone.

Many of the bones found in the catacombs are laid out in beautiful, if not morbid arrangements, but don’t get too confortable while down there. There are many stories of angry spirits that haunt the tunnels. Many visitors report seeing apparitions and getting poked or pushed by an angry spirit is apparently not uncommon. Not to mention, some people have become lost and disoriented while down in the catacombs and there are a few unfortunate folks who have gone down and are never seen or heard of again.

I think the Paris Catacombs, or something like it, would be a cool addition to a game series like Elder Scrolls, where you see a lot Skeleton Warriors. Can you imagine all the bones in the Paris Catacombs reanimating to for a massive skeleton army? That would be pants shittingly awesome.

Scotland must be like Florida for ghosts. They just all go there when they retire from haunting random houses around the world. Not only that, but Edinburgh might as well be themed as the world’s largest haunted house. When someone goes to Edinburg it’s apparently easier to ask the locals what places are NOT haunted as places that do not have malevolent spirits are the true novelties here. It’s probably the reason why the Scots invented quilts, as it’s easier to clean up when you inevitably shit yourself when a ghost startles you. 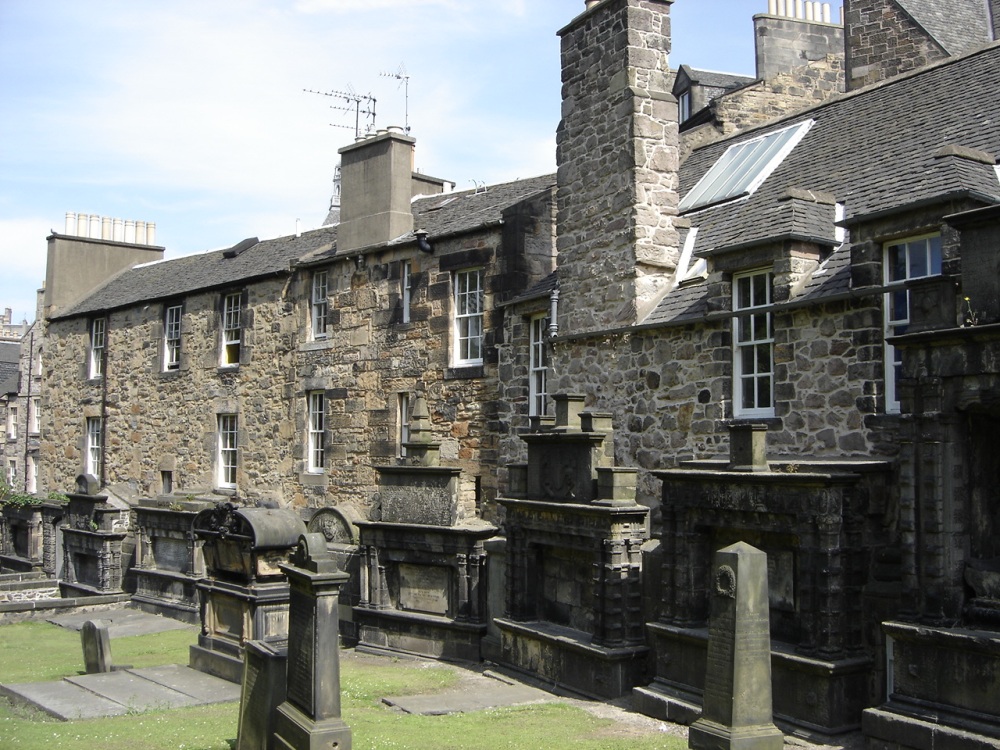 There’s the Greyfriars Kirkyard cemetery where not too long ago, back in 1999, a homeless man decided that breaking open a coffin and sleeping in it was a perfectly fine idea. Very soon after the incident, visitors to the cemetery reported being attacked by unseen forces. Common complaints of the visitors were scratches and even broken fingers. More disconcerting is the fact that over the years, approximately 140 people collapsed while touring the supposed cursed cemetery. It got so bad that the city council closed of the cemetery to all visitors.

Also in Edinburgh one can visit Mary King’s Close, a subterranean collection of various streets, shops and homes. I suppose you can call this your standard underground labyrinth, with an interesting and dark backstory.  It’s like one big basement that you should totally not go down into when you are home by yourself.

In 1645 the close was abandoned when an outbreak of the plague broke out.  Those who were infected were left behind to fend for themselves, which pretty much means they died alone and afraid while the plague consumed them. Ever since the Close has garnered a reputation of being haunted, going back to the early 1700’s.

Visitors today claim to have seen the ghosts a small child who follows them around, a worried looking old women, seeing stones skip on there own down alleyways, and hearing the sounds of footsteps following them when there is no one behind them. 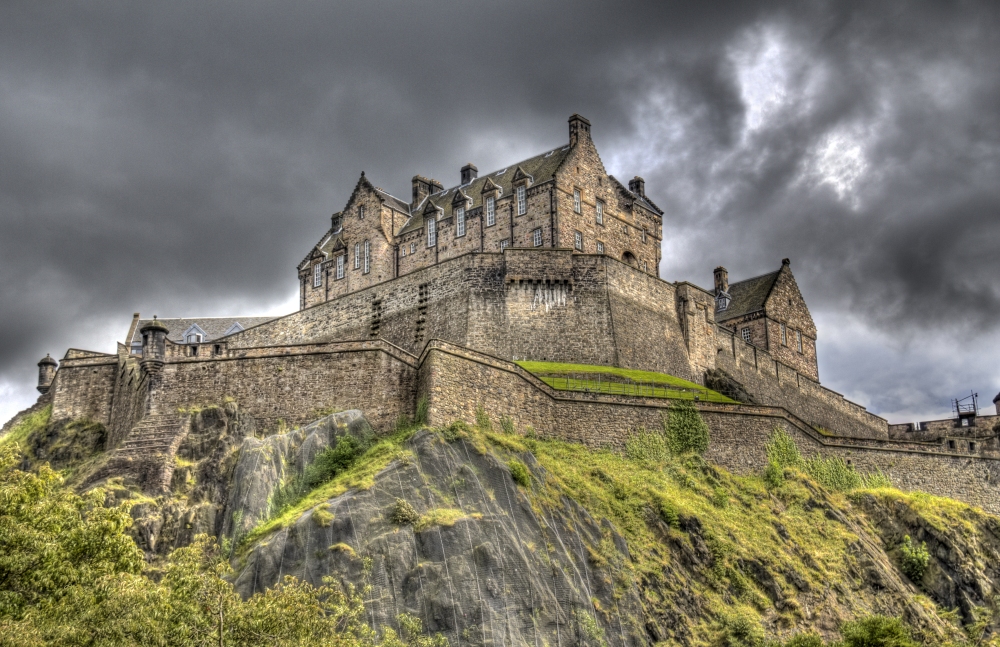 Lastly, no visit would be complete without a jaunt at Edinburgh Castle. Visitors here have claimed to be touched and pulled by unseen entities as well as seeing various apparitions, like a bagpiper, an old man wearing an apron, and a headless drummer boy.

Of course, no haunted castle would be complete with your standard haunting necessities like unexplained shadowy figures, sudden drops in temperature for no apparent reason, strange manifestations of mist, and of course, having sudden intense feelings of dread, sadness, and despair. However, feelings of dread, sadness, and despair can be explained by the fact that you are in Scotland. ZING!

Scotland would make a good stage or location in the latest Assassin Creed game. Ubisoft can add a haunted Scotland DLC. I also hear that the latest installment takes place in London, which is not far from Scotland.

1. Island of the Dolls, Xochimilco, Mexico

Unlike the German language, when something is translated into a romance language, like French, Italian, or in this case, Spanish—things just seem so much more exotic and pleasant.  La Isla de las Muñecas sounds like a place where I can get served a fruity rum-based beverage out of coconut while lounging on the beach, but I wouldn’t recommend it.

Legend has it, not too long ago in the 1950’s, a man moved to the island to simply get away and live life alone in isolation. He quickly learned that something is not quite right on his island. He believes that he is being haunted by the ghost of a little girl who drowned on the island years before his arrival.

To appease the ghost, the man would go into town to find dolls and he would tie them onto the trees on his island, like deranged Christmas ornaments. Over time, the man felt that the ghost of the little girl was no longer satisfied with the dolls and she wanted a more permanent companion. The man mentioned this fear to a relative who came to check on him and few days later, when the relative returned, he found the man floating facedown in the what many believe to be the same lagoon that the little girl drowned in.

To this day, visitors to the island have claimed to see the ghosts of the man and the little girl. If that is not freaky enough, many claim that the dolls, which have been hung on the trees by the man and more recent visitors whisper to you when you walk by. (Promptly shits pants.)

When reading about the Island of the Dolls, I can’t help to feel like this would be a real kick ass place in the Far Cry series. Forget cavemen and saber tooth tigers Ubisoft, a super natural Far Cry would be amazing.

Do you know of a creepy place that would make a good setting in a video game? Let me know in the comments.

And for those of you who celebrate Halloween, enjoy the festivities.. Dress up, get drunk, and eat candy. 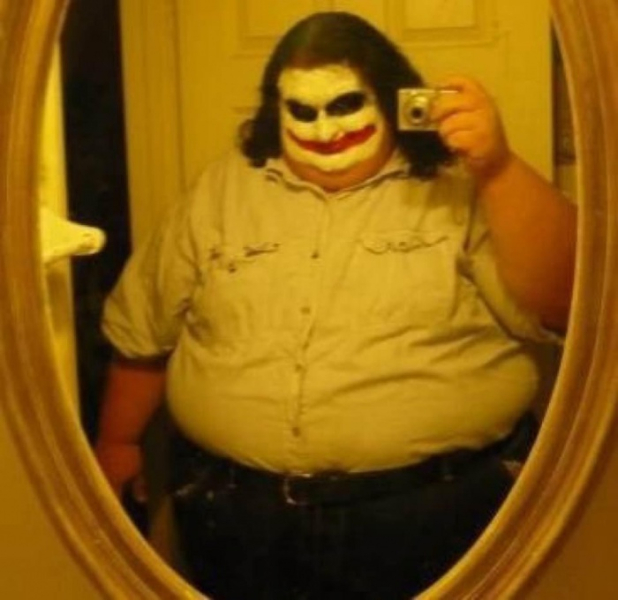